“Is this a Science Fair?” 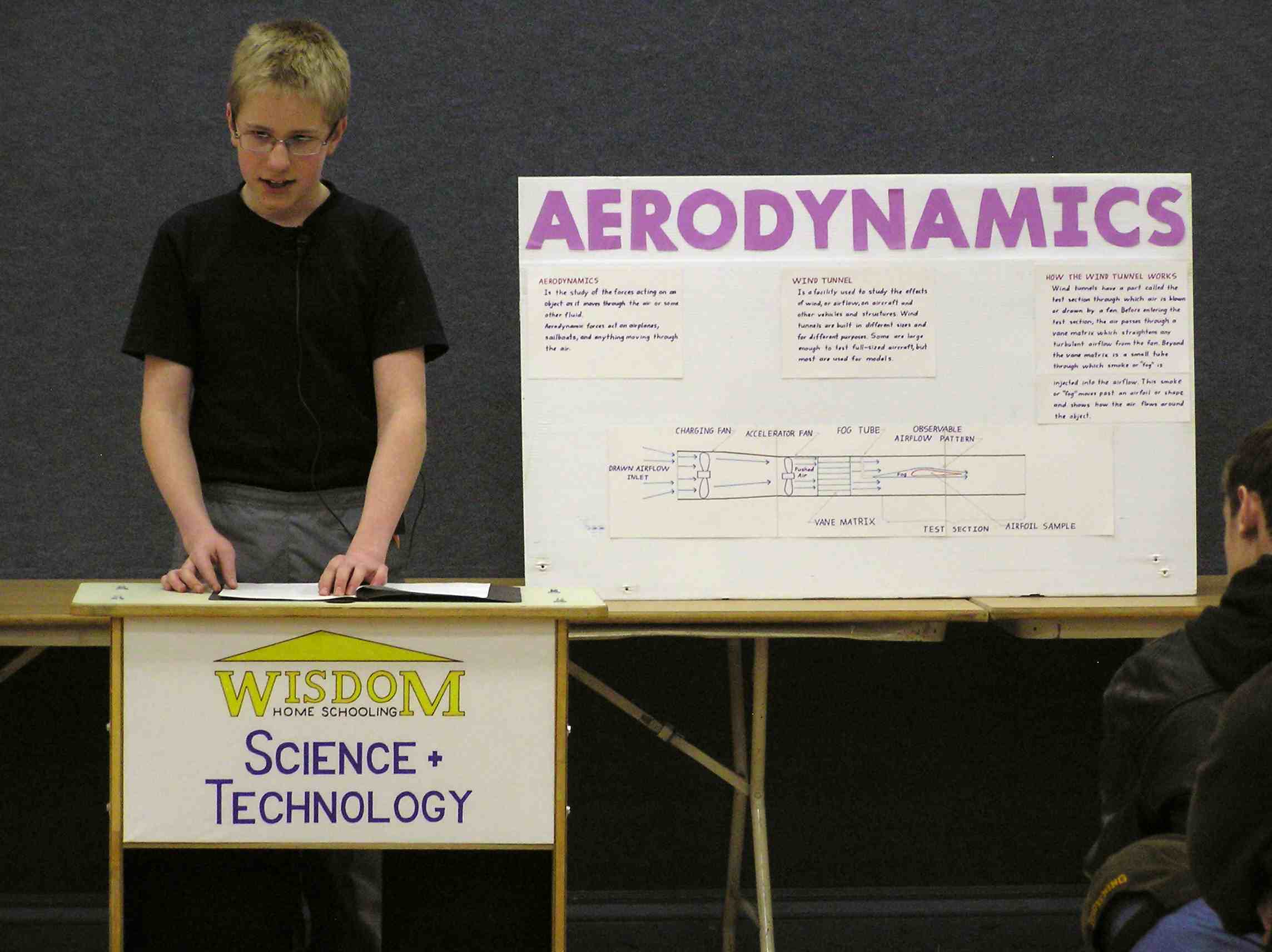 When people seek more information about the science and technology event, one of the first questions that I hear – with a tone of apprehension in their voice – is: “Is this a science fair?” The answer I give is “no” – to which I hear a sigh of relief. 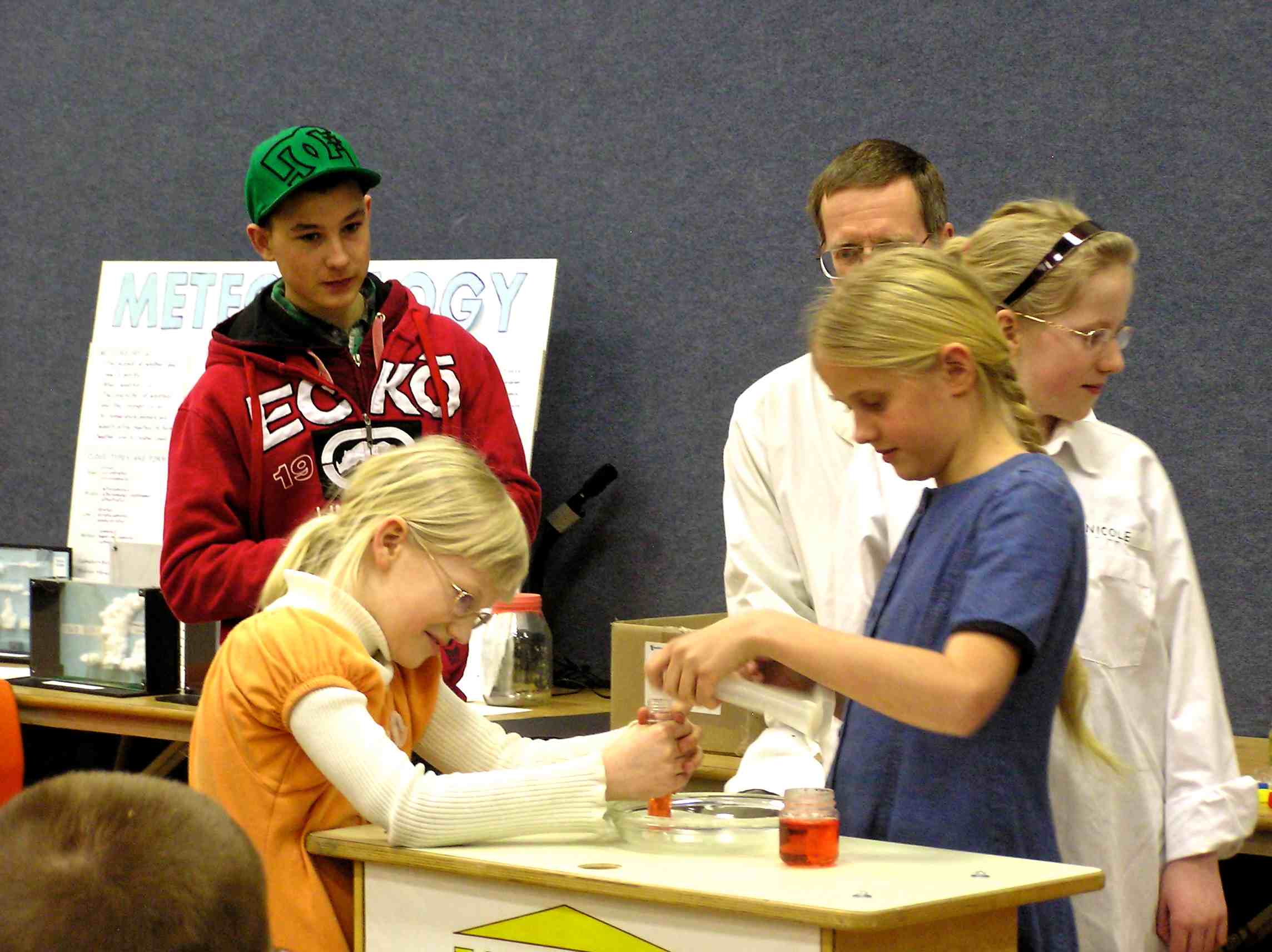 Here is a summary of information that should be helpful to those who want to participate in the WISDOM Homeschooling Science and Technology events:

The event is NOT a competition. There will be no ‘judges’ and there are no prizes. Rather, this is an opportunity for a student or family to summarize their course of study in an area of science and/or technology. No one should feel as though someone else has a ‘better’ topic. Rather, this is an opportunity to share YOUR learning with others.  Thereby, everyone can benefit by being exposed to a greater variety of topics that might not be achievable on one’s own.

My Homeschooling Journey Through High School

My parents began homeschooling me in grade 1, but I'm sure they never thought at the time that they would continue to do so right up until high school. We took a rather eclectic approach, which means that we drew resources from various places and put together our own curriculum to meet our (my) needs. It worked very well for us, but as I neared high school, my parents began to feel a certain amount of apprehension. Were they doing the right thing? Personally, I was very excited about homeschooling through high school, and told my parents that this was what I wanted to do. We discussed together what I wanted to study before I graduated, and although my parents had their own requirements I had to fulfill, I was able to direct my own education to certain extent. Because what we'd been doing so far had been working for us, it only made sense to continue in that way.

A Change in Focus

A serious golfer, when his game starts going out of control, immediately reflects on the basics of the game and then focuses on himself and disciplines his mind, body and will in order to correct any bad habits that may be causing the downfall of his game. He may even ask help from a friend and make himself accountable to this person help him carry out a set plan for improving.

We live in hectic times, and Christians are not immune. When we realize our life is starting to get out of control, we should do no less than a serious golfer. We also should immediately go back to the basics of Christian living. Then we must take charge of our thinking, and exercise our will to change or break any bad habits, form good habits and limit our wants.

When a nun complained to Mother Teresa about not having enough time to care for all her patients, Mother Teresa responded by saying that means you must spend more time praying....

G.K. Chesterton, the great Christian writer of the early 20th century, said, “anything worth doing is worth doing poorly.” This statement is the antidote for so much of what ails our culture, and specifically our home schooling. Reluctant to start until we are well prepared, and reluctant to stop until we are absolutely finished, we can find ourselves controlled by inertia.

Inertia: the property of matter by which it retains its state of rest or its velocity.... Inertia is that force that causes us to stay put, to avoid getting up in the morning, or filing our income tax, or cleaning the bathroom. Inertia also is the force that keeps us going once we have begun.

Let’s look at the inertia that keeps us going once we have begun.

So, how is my child REALLY doing?

Sometimes this question comes hard because we lack a context.

Are we talking about our student compared to other students his age? Are we addressing his particular talents and questioning whether he has buried them or multiplied them? Are we asking the question relative to some other standard - if so, what?

Let’s consider measuring success by comparison with other students his age. Before I go any further, please let me assert that in a tutorial context (home schooling) this is the least valuable approach to student evaluation. However, this is the type of evaluation we grew up with, it is the criterion our child (even if he didn’t ever attend school) is very familiar with, and it is possible that it is the primary means by which he views his progress. Realistically, for much of our population, this is the only means by which success, personal value, even life choices are measured, valid or not. A form of relativism, the flaw is evident.

When I completed high school I received an armful of awards that meant nothing. I’m not being humble here; it’s a fact. I received the award for the highest overall average in my graduating class. I also received the Science award and the Math award. This all sounds impressive until you compare my marks with the graduating class three years prior. That particular class was loaded with high academic achievers, many of whom rightfully scored very well in their final grades. Had I been among that class, I would have received not a single award. What’s more, I wouldn’t have seemed very good at the non-academic activities either, for the class three years ahead of me also shone in sports, debate, and public speaking.

Scripture tells us it is unwise to compare ourselves with each other (2Cor 10:12), and wisdom of the ages agrees (the grass is always greener on the other side of the fence); yet we persist. The same circumstances that saw me win all kinds of honour in grade 12 also define achievement - and its lack - in the lives of many people. Students who compare themselves to others will be discontented and frustrated or they will become puffed up, possibly complacent. In any event, their self-concept will be flawed.... (continued by clicking on the link)

Resources, Reviews and the Rest

For some reason, teaching writing is or has been perceived to be an arduous and formidable task for most. I recall, with dread, introducing my classroom students to the Writing Process - a nebulous construct that was meaningless and impractical for many students. Planning (mapping), prewriting, revising, editing, and finalizing the draft seemed to be a logical and systematic approach, but unfortunately it lacked the elements of a scheme or strategy a child could easily follow without constant supervision and continual qualification. Will the frustration ever end?

Although it is entirely speculative by its nature, the FUTURE is a big subject to talk about. In fact, perhaps because it is so big, it sometimes dominates our present. The future presents us with a plethora of "what if's" at every turn, and if we aren't careful we can become overwhelmed by its possibilities: intimidated, scattered, swamped or even terrified. On the other hand, because the future is speculative, it is possible to desire it more than the present; because the future contains a glimpse of the eternal, it is extremely appealing to the believer.

In the 21st century, influence is something people write books about, recognizing the benefits it can provide and profits it can garner; but effective as techniques of influence may be, they leave most people quite cold. Influence is more valuable, effective, and permanent when it is a by-product of something greater, rather than a goal in itself.

Observations of a Large Adoptive Family

In May 2005, having an approved international home assessment in hand and seeking God about international adoption, we connected with a relief organization (WACSN: West African Children Support Network) working in Liberia, West Africa. Their work involves, among other things, finding homes and processing adoptions for abandoned/orphaned children living at the WACSN orphanage in Monrovia.